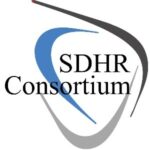 AB1522: Beginning July 1, 2015, every employee, whether exempt or non­exempt (limited exceptions), who is employed in California for 30 days or more will be entitled to accrue paid sick leave at the employee’s regular rate of pay of no less than one hour for every 30 hours worked beginning the first day of employment (or July 1, 2015, whichever is later). Exempt employees are deemed to work 40 hours per week, unless the employee normally works a workweek of less than 40 hours.

AB2053: Beginning January 1, 2015, abusive conduct (bullying) will be a required component in mandatory harassment prevention training plus charges can now be made against an employer or employee for conduct that a reasonable person would find hostile, offensive and unrelated to business interest. This new law will have a profound effect on what will constitute a hostile workplace due to poor supervisory practices or employees treating each other poorly.